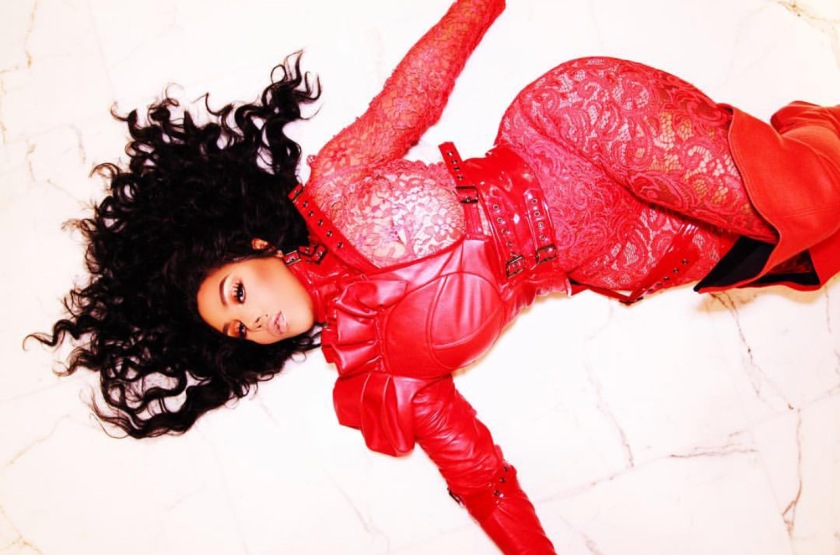 June 12, 2018 Gayla On Ya Screen, Uncategorized Leave a comment

Oh, hey Kimmy….. I see you trying to remain consistent despite of everything going on. Lil Kim‘s career has been slightly shaky these last couple of years but she still stays true to the music. She released a track titled “Spicy” a while back, that featured Fabolous and I was kind of feeling it. The visuals have now been released…. are you ready for this?!

I love me some Lil Kim but I honestly have a hard time getting past her appearance. I mean, who is this woman?! Looks aside though, she still kills this music sh*t….. don’t act like y’all forgot who the original Queen Bee is. For this video for “Spicy”, they decided to go with a 1920’s Gangster inspired theme. You can catch Kimmy dancing in an oversized Pinstripe suit with a group of Flapper Girls or in a sexy red corset number. I was totally here for this video….. right along with the song.

Check out the video below and let me know if you are here for Lil Kim reviving her career. I hear that she is supposed to be dropping an album too and if that is true, this will be her first album since she released The Naked Truth back in 2005. Whew, its been over 15 years, she better come with some straight FIRE! We will just have to wait and see.

Also, she just filed for bankruptcy claiming that she has over $4 million in debt. She is, however working to bring the debt down, agreeing to sell her house and set up payment arrangements.

I wish her the best of luck at the end of the day and she better come HARD with this album!!