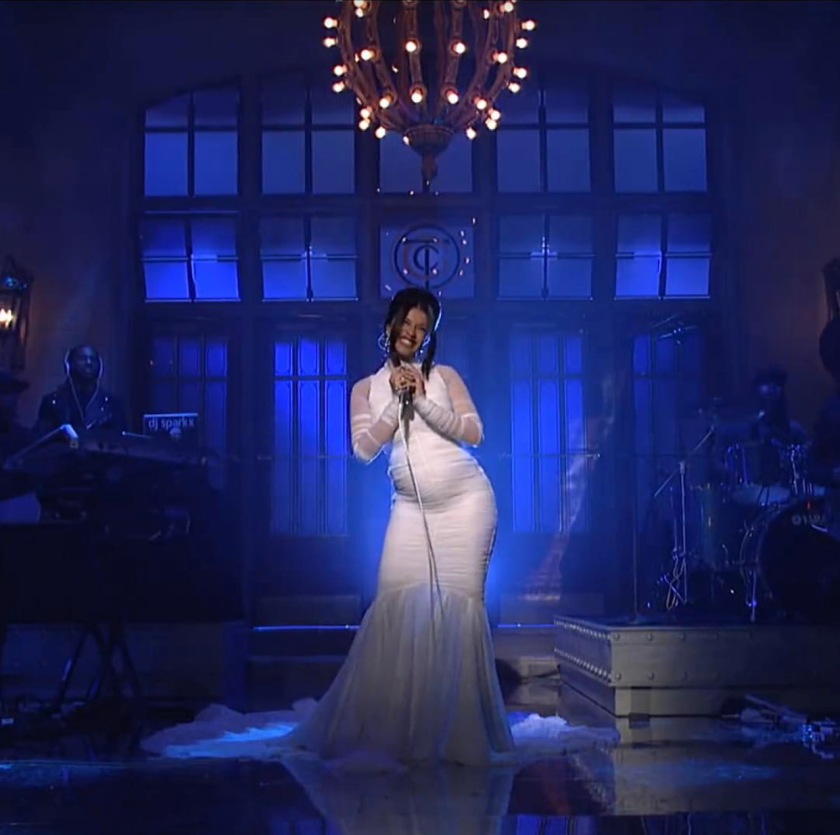 Hey Baby Cardi and Offset, we’ve been waiting for you to reveal yourself. The rumors had been going crazy saying that Cardi B was pregnant, but she would never confirm anything….. up until now! I know I was not the only thirsty one, waiting for the reveal, but I promise I wasn’t trying to be nosey….. okay maybe a little but I’m legit happy for her. Cardi’s 2017 was magical, she really showed how much hard work pays off….. and how you can’t stop what God has planned for a person.

Cardi B may have had a great 2017 but I’m sure her 2018 is going to be even better. She’s just a regular, degular, schmegular girl from the Bronx out here making history. She will be the first to ever co-host on The Tonight Show with Jimmy Fallon on Monday, April 9. The outspoken rapper performed on Saturday Night Live last night, and finally revealed the baby bump that we have all been waiting to see. We’ve been noticing Cardi covering up more and we just knew that wasn’t like her. Speculation was crazy and I just had a feeling that she was going to reveal the bump either on SNL or The Tonight Show.

Cardi performed two different sets, the first time was a mashup of “Bartier Cardi” and “Bodak Yellow”. During that performance, she wore a big feathery dress that covered the bump (but at least she was on trend though) and I’m fighting sleep to catch this episode just so I could see the bump! I dosed off shortly afterward but woke up to see her looking beautiful in a white form fitting dress…… showing off the bump! I felt like I was just told I was becoming an auntie by the excitement I felt. I’m happy for her and all her wins that she has been taking. Her blessings have been overflowing and I’m here for it all.

Come through with the Finger Waves though….. Y’all know that they making a comeback?!

Her Fiancee Bae, Offset also gave thanks for the Support after the performance. This is supposed to be a peaceful, loving, time for them so keep the negativity. Everything doesn’t need to vibe killed! Congrats to them both again