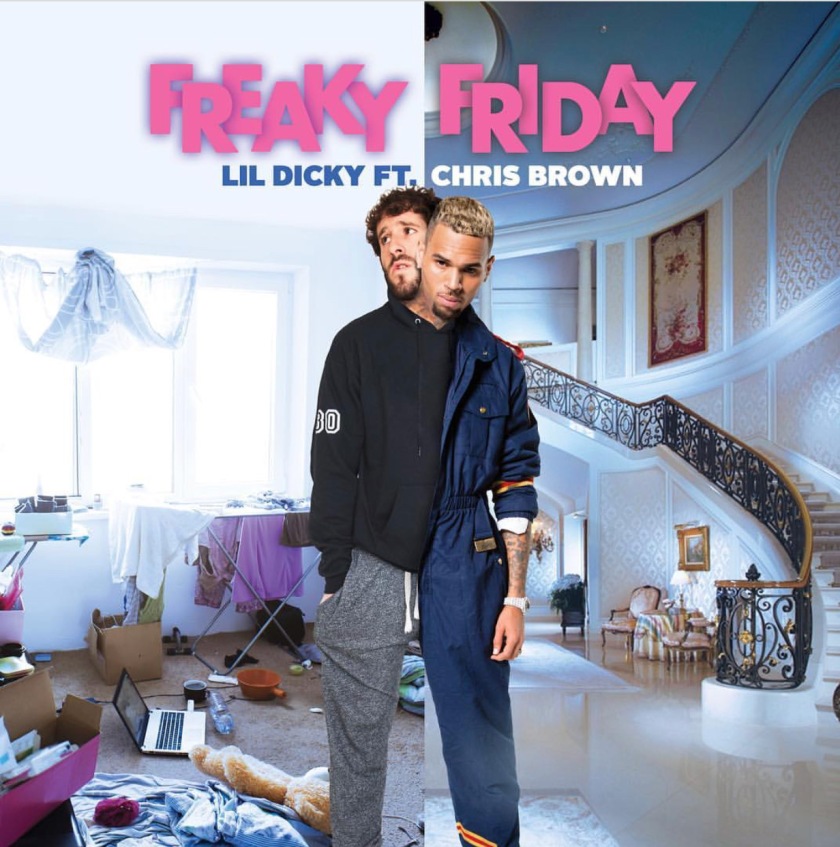 March 16, 2018 Gayla In Ya Ear, Uncategorized Leave a comment

So do y’all remember Lil Dicky?! He had the song called “Save Dat Money” with Fetty Wap. In the video, it showed how he was basically trying to not spend any money shooting the video and seeing what kind of favors he could pull. The video was very fun and he is back with another funny video to add under his belt.

This time, Lil Dicky called on the super talented Chris Brown to assist with this track. The song is titled “Freaky Friday” and its hella creative and dope. I am a big Chris Brown fan, that man is talented and you can’t take that away from him. Lil Dicky has a good energy to him, not to mention, he isn’t too shabby with the wordplay. He clearly has something because he can call on heavy hitters to be apart of his tracks and videos. This collaboration was pretty cool to say the least.

The video for “Freaky Friday” basically showed Lil Dicky and Chris Brown switching bodies for the day and what it would be like for the both of them. It’s a fun video, and song that shows lots of love to Breezy. There were also some other heavy hitter cameos in the video such as Ed Sheeran, DJ Khaled, and Kendall Jenner. I can’t believe they got Kendall to say that by the way….. if you don’t know what I’m talking about, just watch the video below.

Let me know what you thought about it!